Still fighting against Coronavirus pandemic, the British government has decided to extend the coronavirus job retention plan for one month, until the end of April next year. The plan, which paid up to 80% of the salaries of around 9.5 million people (for £ 41.4 billion) in March in the UK, was due to end in March 2021.

Originally it was scheduled to close at the end of October (despite warnings it could drive unemployment to 10% this year). It was to be replaced by the less generous Employment Support Plan (JSS) on November 1, 2020. The changes in foreclosure levels have left millions puzzled and concerned about where their next paycheck comes from.

To set the record straight, here’s what Government Furlough 2 means, how it may affect you, and how long it will last. The government may issue new guidance on furlough regimes. The following information was correct as of December 17th.

Anyone who works full time (or on a PAYE basis) on October 30 may be suspended. This includes the eligible people on zero-hour contracts or those who work flexibly. HMRC clarified that companies can rehire employees who were made redundant after September 23 (qualifying date for the employment support program), and would be eligible for the program. Employees will not notice any difference in their wages compared to the first leave program, but employers are ready to receive more support from the government.

In recent months, companies have been asked to increase unlicensed wages by 20%, while the government pays 60%. Under the new rules, the government will again pay up to 80 percent of the population’s wages, up to a maximum of £ 2,500 per month. While the government updates the system, employers can submit their salary claim to the government and receive reimbursement afterwards. After that, they will be paid in advance to cover the costs.

Your employer will still pay you and will continue to pay taxes on your income, but you will not be able to continue working for your employer during the leave period. In this case, you would effectively be paid for not working until the end of March. There is no guarantee that your employer will keep you after the plan ends. And if you’re suspended, you won’t be eligible for 80% of your salary if you earn more than £ 2,500 per month. In this case, an employer might choose to ‘top-up’ your salary, or you might be eligible for help through the welfare system, including universal credit.

If you are receiving a regular salary, 80% should be calculated based on the employee’s actual salary before taxes (his gross salary). If your salary varies (because you have a zero-hour contract or a flexible employment contract, for example), the 80% limit will apply to income for the same month of the previous year, the average monthly salary for the tax 2019 / twenty year or an average of their monthly income since they started working, whichever is greater. 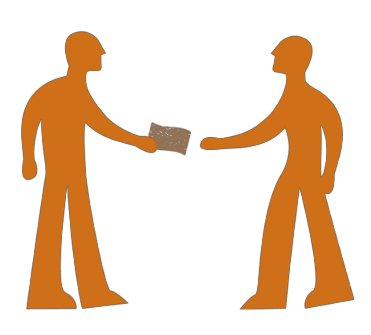 The Furlough Scheme Has Been Extended Until April 2021. What Does This Mean You?

The chancellor has broadened the licensing provisions to cover 80% of the wages of the population until the end of April. The conditions are the same as those set by the government in November.

After the permit expires in April 2021, it is unclear whether the government will decide to revise the worker support plan, a much less generous offer to cover some of the hours of workers at companies still struggling during the pandemic. So far it has been postponed. It has been also confirmed that the government-guaranteed Covid-19 business loan programs will be extended until the end of March.

Are The Self-Employed Eligible For the Leave?

Self-employed workers will be entitled to financial assistance during the foreclosure, but not under the licensing regime. The Self-Employed Income Support Program (SEISS) across the UK will provide up to 80 percent of your business’s average earnings, up to a maximum of £ 7,500.

Applications for the third grant must be made before January 29, 2020. The fourth SEISS grant twill cover the months from February to April 2021. All SIX grants are calculated in three months. The changes will ensure that freelancers who are temporarily unable to operate or who have experienced reduced demand due to the outbreak will be supported. However, you can only qualify for the extension if you were eligible for the previous benefits offered earlier this year, although you do not have to apply. You must also indicate that you intend to continue trading. 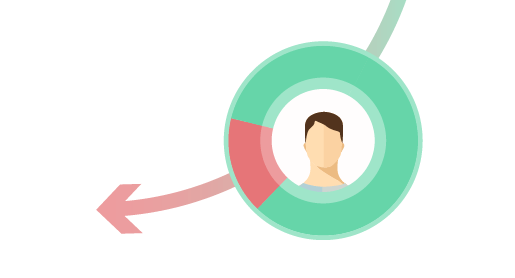 How Can You Apply?

Any employer from the UK can sign up for it to pay people’s wages temporarily, including companies, and charities. Employees must agree to leave – and one person cannot apply alone. The company does not need to consider “material” to access the program. Employers don’t even have to prove they’re in financial trouble. If employers already receive government funding, they should use it to cover staff costs instead of applying for a leave scheme.

However, if HMRC has to seek reimbursement from an employer for the above reasons, it should not allow the employer to reclaim any subsequent payments to its employees, as the employer must have the option to pay compensation to be a separate subject. Rewarding its employees under employment contracts. To avoid this, however, employees should try to ensure that no leave letter or leave agreement is paid during the leave, in case the employer receives compensation under the scheme.

As far as their options are concerned, we suggest that employees like Laura direct their employers toward the government (rather than employers relying on third-party advice) and turn their attention to the “Employees” section. Draw out What can you claim with the relevant details at this point? If employees fail to persuade their employer to change their ways, government employee guidelines recommend that employees contact the Counseling, Arbitration and Arbitration Service (ACAS). Another option is to contact the HMRC Anti-Fraud Hotline (details can be found here). This is a confidential telephone line, so it can be used without the employer knowing who prepared the report.

Otherwise, employees like Laura who are asked to work in violation of government regulations will suffer severely. If you take this issue with your employer, you will enjoy whistleblower protection if you are later fired or harmed. Protect Charity has a secret whistle-blowing line that Laura can contact for more information about her rights.

For further information about how to apply for the scheme, please contact us.

coronavirus furlough scheme
About the author

Related posts
Deadline for Self Assessment Tax Return
January 28, 2021
Will the Deadline for Self-Assessment Tax Be Extended
January 19, 2021
What is an Annual Financial Statement
January 14, 2021
Why We Need Accounting Services
December 30, 2020
How to Open An Offshore Bank Account In the UK
December 12, 2020
Inheritance Tax in the UK
November 20, 2020
​